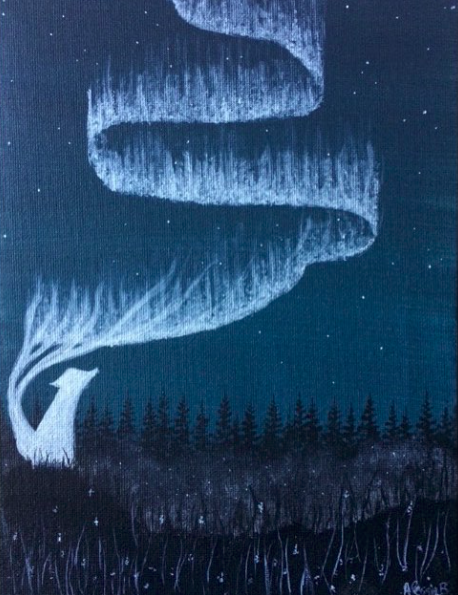 “Well, I think I´m going to say an obvious thing, but nature is so rich that it is impossible not to be inspired,” says Allesia Brusco, aka Skogens Rymd.  Her painterly moniker means “the space of the forest” in Swedish, describing the world that she captures on the canvas.  The artist has made a name for herself by creating images inspired by natural phenomena that evoke the spirits of ancient myths.  Each painting is a Nordic landscape.  The ebb, flow, and crescendo of an epic tale is found in the depth and lights of colors, the movement of celestial bodies, and the steadfast presence of dense forests.

Brusco approaches the painting landscapes through her own eyes and experience.  A sense of awe on the cusp of otherworldly, her artwork interacts with her various wealths of knowledge. While she finds inspiration in the sky in Southern Sweden, the artist is originally from Northern Italy.  She was always an avid reader, managing to “devour” a book in a manner of hours.  Reading Tolkien spurred an interest in ancient and medivel studies, in which she has holds a degree.  “I´ve read a lot of medieval literature from many countries, mostly Italy, England, France, Spain and Scandinavia. I really like novels from Nordic writers.”  Her favorites among them are Sigrid Undset, Knut Hamsun, Selma Lagerlöf, and Mikael Niemi.  Philosophy, anthropology, and archeology are also of interest to Brusco.  All of her studies feed her artistry.  “Sometimes, I add a quote under the title of my paintings coming from a book that gave me something I wanted to transform in an image.” 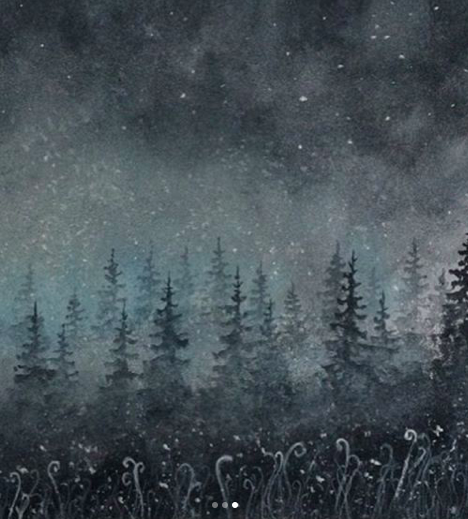 Sweden is her creative home, in a sense.  “I´ve always been fascinated by this culture and I felt at once home here and inspired by everything I paint.  The sky is so clear here in the countryside that I started to look at the stars more often.  Obviously not only the culture I got from books, but many of the legends and the environment here helped me to start to paint in December 2015.”

Brusco’s attraction to landscapes comes from her other home: “Where I was born, in the northwest of Italy, there is a lot of nature and I lived in little town by the sea.  Here in Sweden the nature is of course more dominant and I like it very much.  I really feel good in the countryside with not so many people, cars, buildings, and noises. When I have to come back to Italy, each time I just get to the train station or the airport, it´s like a little trauma to come back in a big city and I feel quite misplaced.”  The details of her paintings come from a peaceful study of her surroundings.  “What really inspire me are the colors of the sky at dusk or dawn.  There are so many tones that most of the time are so difficult to reproduce because the human eye is lured to think that, for example, a kind of pink is warmer but when you try it on the canvas it has another effect.”

In addition to her scholarly passions, Brusco finds endless inspiration in Ulver’s 1995 album Bergatt.  The experimental metal holds the steady rhythms, like the enduring myths and legends that she has studied.  An ambient quality brings sweeping and emotive movement, like the starry and misty forms against the dark skies in her paintings.

Brusco has an upcoming show in the spring of 2019 at an appropriately historical location.  Sala Silvergruva, formerly a silver mine is now an eclectic event space and tourist attraction.  The collection of work will feature Scandinavian folklore and fairytales.

Runik Jewellery was created out of Alexis Carter’s desire to bring her own vision to life.  She began teaching herself metal work about three years ago.  “I was working full-time during the day and was teaching myself at night by a lot of trial and error.”  Using books and the internet, Carter successfully created jewellery that she herself wanted wear and found her preferred creative outlet.  “What I like most about it is, there is so much to learn, so many techniques and methods to try.  It’s a constant experiment and always exciting to see how a piece will turn out.” 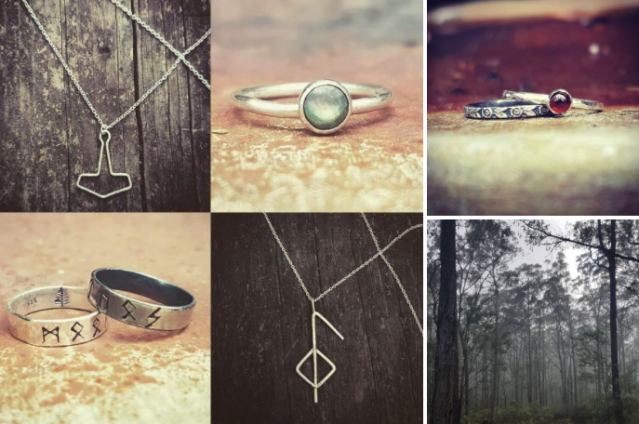 Carter is a Queensland native, born near Surfer’s Paradise in Australia’s Gold Coast.  But Carter prefers the country’s untouched woodland to the beach.  Runik Jewellery’s Instagram account has a strong following, awaiting new photos of her creations with Victoria, Australia’s rural Gippsland in the background.  She uses recycled materials, sterling silver, and a variety of gemstones to create pieces that are elegant and edgy.  The jewellery showcases the natural beauty of minerals and the subtlety of hammering techniques.  “Every design is natural, fairly straightforward and with subtle hints of my surroundings thrown in.”  The Gippsland forest is awe-inspiring.  “I am constantly trying to find ways to transfer organic textures into my pieces.”  Carter collects natural materials from the forest floor, then transfers the pattern to her jewelry hammers to create the impression.  Bark, eucalyptus leaves, agate, gum nuts, and moss are currently in her studio.  Carter also has an affinity for runes, ancient symbols from the Germanic alphabet most often associated with Norse history.  The mysterious symbols complement the gemstones and natural textures in Carter’s jewelry, and strikingly stand alone.  Visually, the runes have a quality that rests between the organic and the constructed.  The way that Carter approaches designing jewelry embodies this meeting of earthiness, freedom, and intent.

Prior to designing jewellery, Carter was in the Army for eight years.  She returned from the Middle East in 2010 and began thinking about moving off the grid.  Carter appreciates her military experience, but it also created the desire for solitude.  “I think I had seen enough of what people are capable of and wanted to live in ignorant bliss…alone.  This is not to say that I had a brutally negative experience over there, it just helped me realize what was really important to me and what wasn’t.  So, when I got out of the Army, I bought a bush property in the middle of nowhere and started to prepare to go off grid.  I think I live in pure luxury and I am so lucky that my dream is simple and inexpensive.”  Carter’s Instagram photos paint a picture of an artisan who feels a connection to her surroundings.  Her appreciation for the natural world is what makes Runik Jewellery so unique. 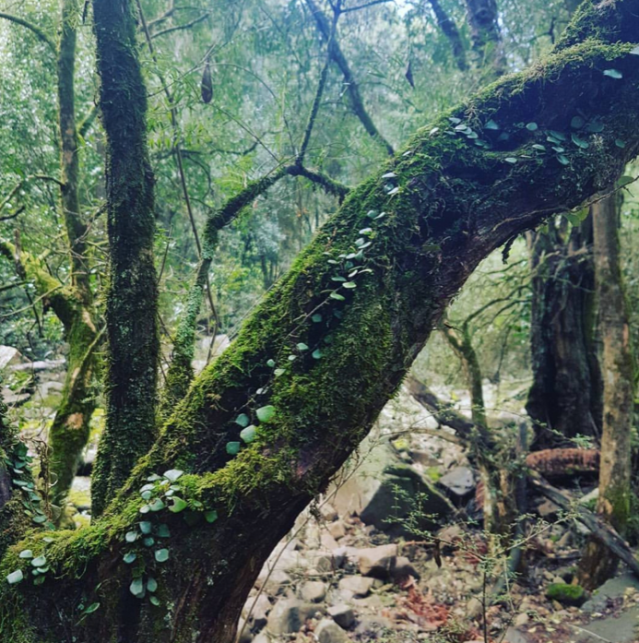